This portrait was a special task. The recently deceased honorary chairman, Horst Wodetzki, was to be painted for a gallery in the clubhouse at Lake Wannsee in Berlin. His portrait was set to join the gallery of honorary chairmen dating back to the 19th century. The picture given as reference showed a person marked by age and illness, but Horst Wodetzki was to be portrayed in the manner the club knew him, a friendly, active and energetic sportsman. The painting has since been inaugurated as part of a special ceremony. 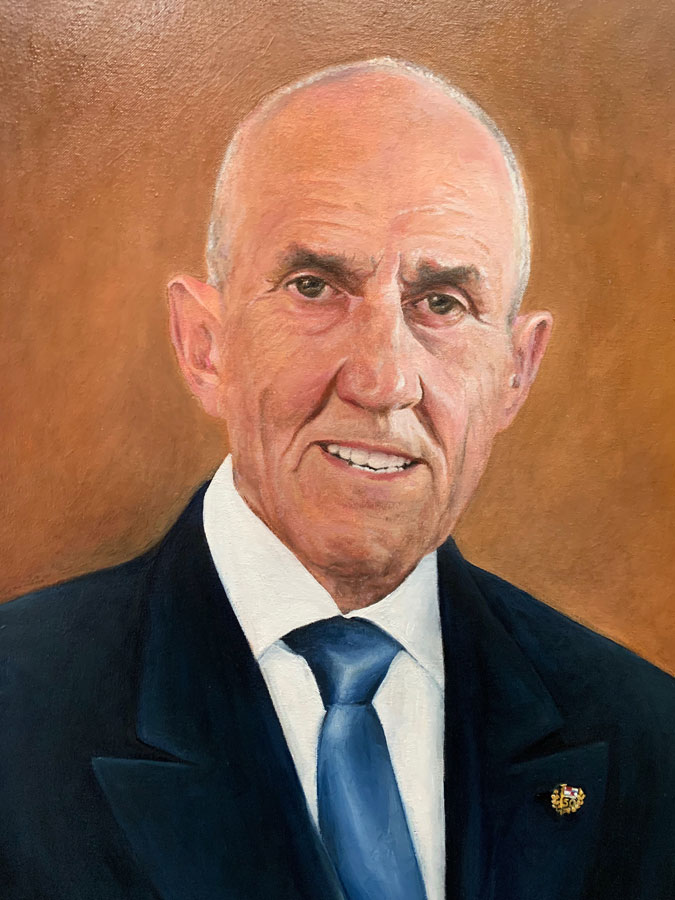 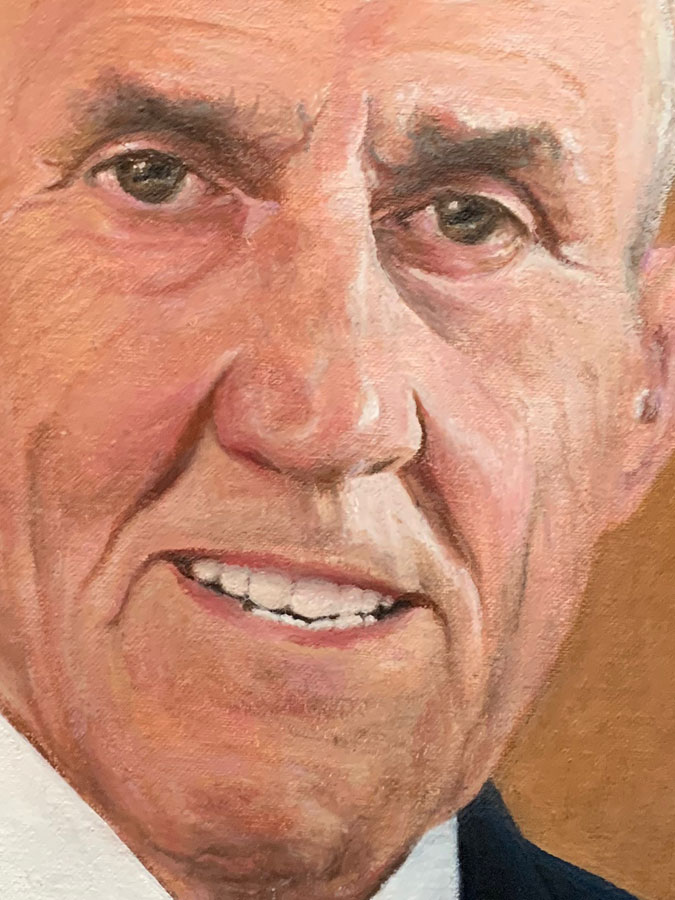 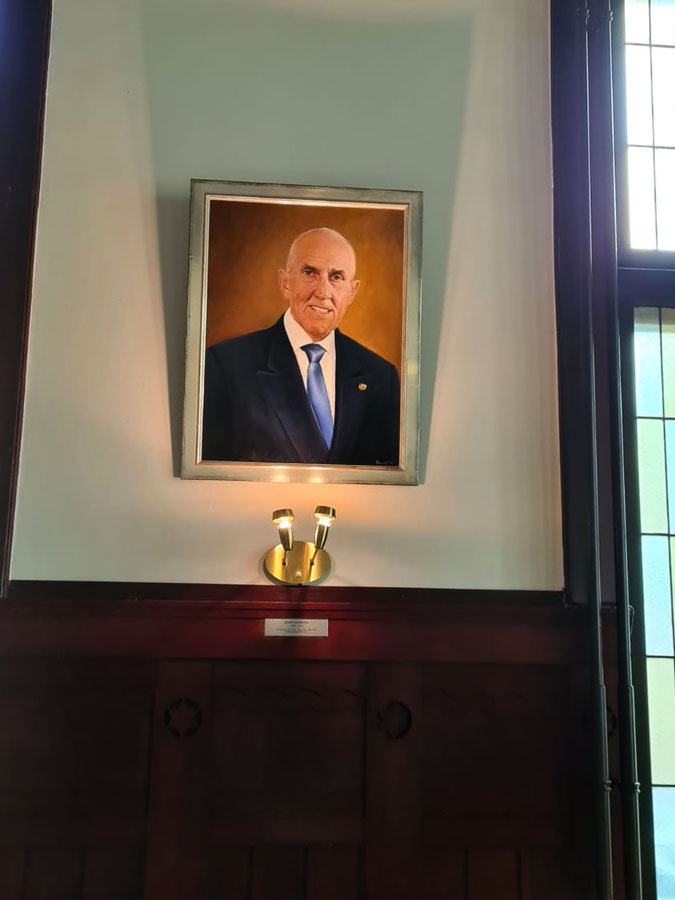